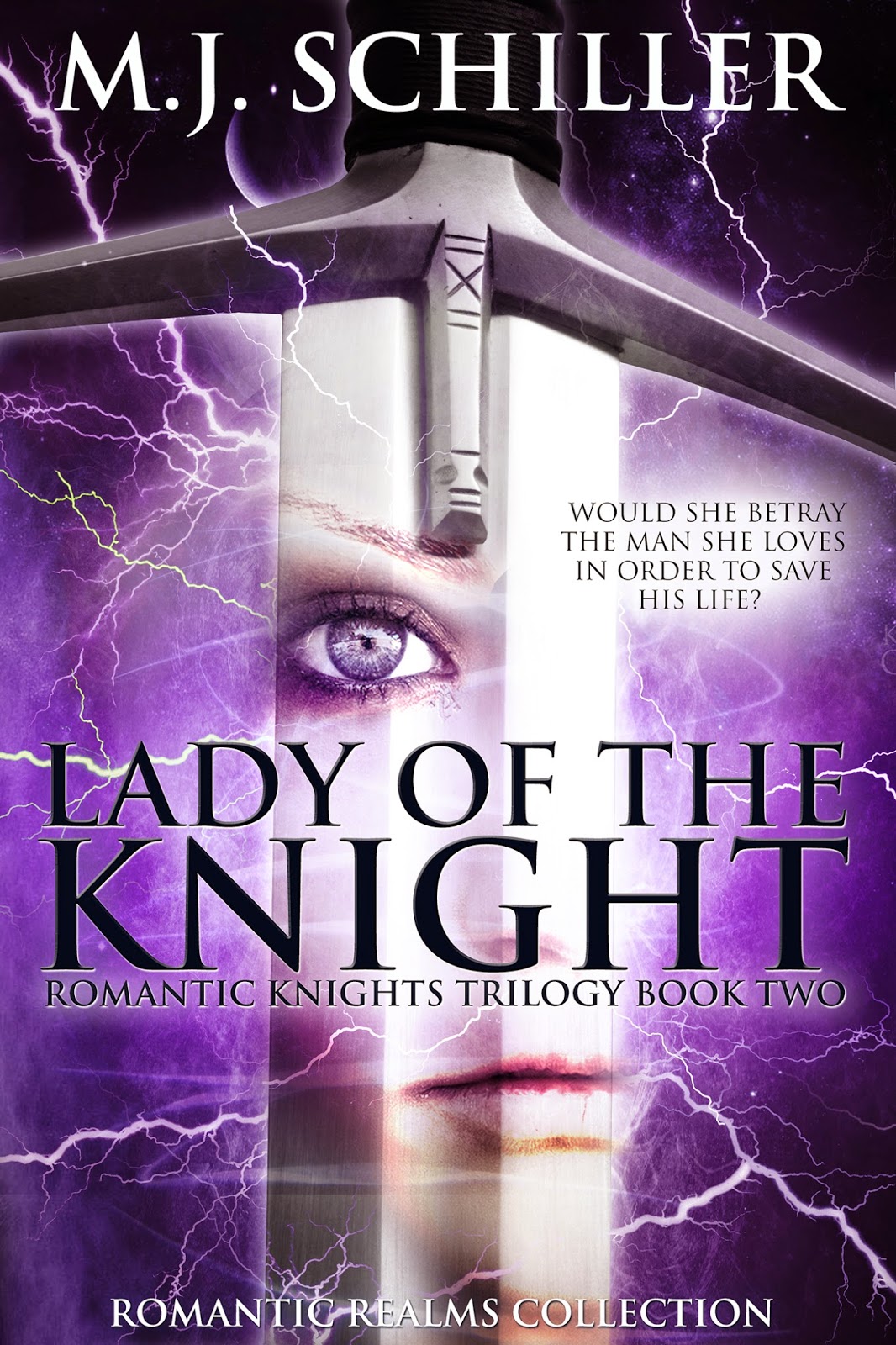 Releasing January 27th, LADY OF THE KNIGHT, the second in the ROMANTIC KNIGHTS TRILOGY, is up for pre-order now for only 99 cents! Upon release the price will increase to $2.99, so take advantage of this limited time offer. If you love romance and the adventures inherent in space travel, this is the series for you. Book One, LEAP INTO THE KNIGHT, is also on sale for 99 cents!

Sir Darius Lee is a Knight of the High Order.
But when Darius discovers a stranger in his room in the middle of the night, and the intruder turns out to be a beautiful woman, he begins to question how he is meant to live his life.
Princess Megan of Bethyea is being held captive.
But when two knights help her to escape and bring her back to her home planet, she finds the home she knew no longer exists.
When The Council of Twelve questions Darius about his relationship with Maggie, she tries to flee from The Academy of the High Order to prevent him from losing his knighthood.
Will Darius and Orion find Maggie before she leaves Albion? And if they do, how can they face the decision of The Council? And what about the feelings Orion has developed for the princess?


Excerpt ~
“I thought you said you were here to buy slaves?” The man spoke crisply, with a high nasally voice. He was not exactly the type of man Darius had imagined the slave trader would be. Zavca Moore stood about five-foot-four, was nearly completely bald, and wore thin, gold-rimmed glasses. Still, something in the glint of his cold steel-blue eyes and tightly drawn mouth told the story of a man used to being ruthless. He now ran his eyes over Maggie, quirking an eyebrow.
“I am not a slave. I—” Maggie flinched as Orion raised his hand to hit her. Darius grabbed his wrist in midair with a loud snap. He glared at Orion, setting his teeth. He glanced around and relaxed the muscles in his face and shoulders, releasing his grip.
“Not in front of our host, Gorga,” he told Orion imperiously, turning to give Zavca a smile. Noting he was still staring at Maggie, Darius explained. “Oh, she—well let’s just say…” He took Zavca by the elbow and steered him away to speak confidentially. “…she’s a little tiresome. Beautiful, yes,” he said looking back at her, “but tiresome. Gorga can’t seem to tame her tongue no matter what he does. And believe me, he’s done his best.” Darius chuckled. “I was wondering if you might consider taking her in trade. I’ll pay good money for the rest, I assure you. I want to get her off my hands and find myself some new beauties, if you know what I mean.” He elbowed Zavca, playing up his spoiled rich man’s role to the hilt.
“Yes, well, I believe I could get a fair price for her. And Mic here hasn’t met a slave he couldn’t subdue somehow or other, right Mic?” The Neanderthal beside him showed a toothless grin, rubbing his hugely muscled arms forebodingly. Maggie shivered. “Take her to my room. I’ll be in shortly.”

MJ is a lunch lady in the heart of Central Illinois. My gosh! Can you get more folksy than that? She met her husband at the University of Missouri-Columbia and now she has a twenty-year-old (how did that happen?) and eighteen year old triplets! She loves to read, karaoke (where she can pretend she is a rock star) and spends WAY too much time on Facebook. She grew up in St. Louis and still has family there.

Posted by Christine Elaine Black at 06:13