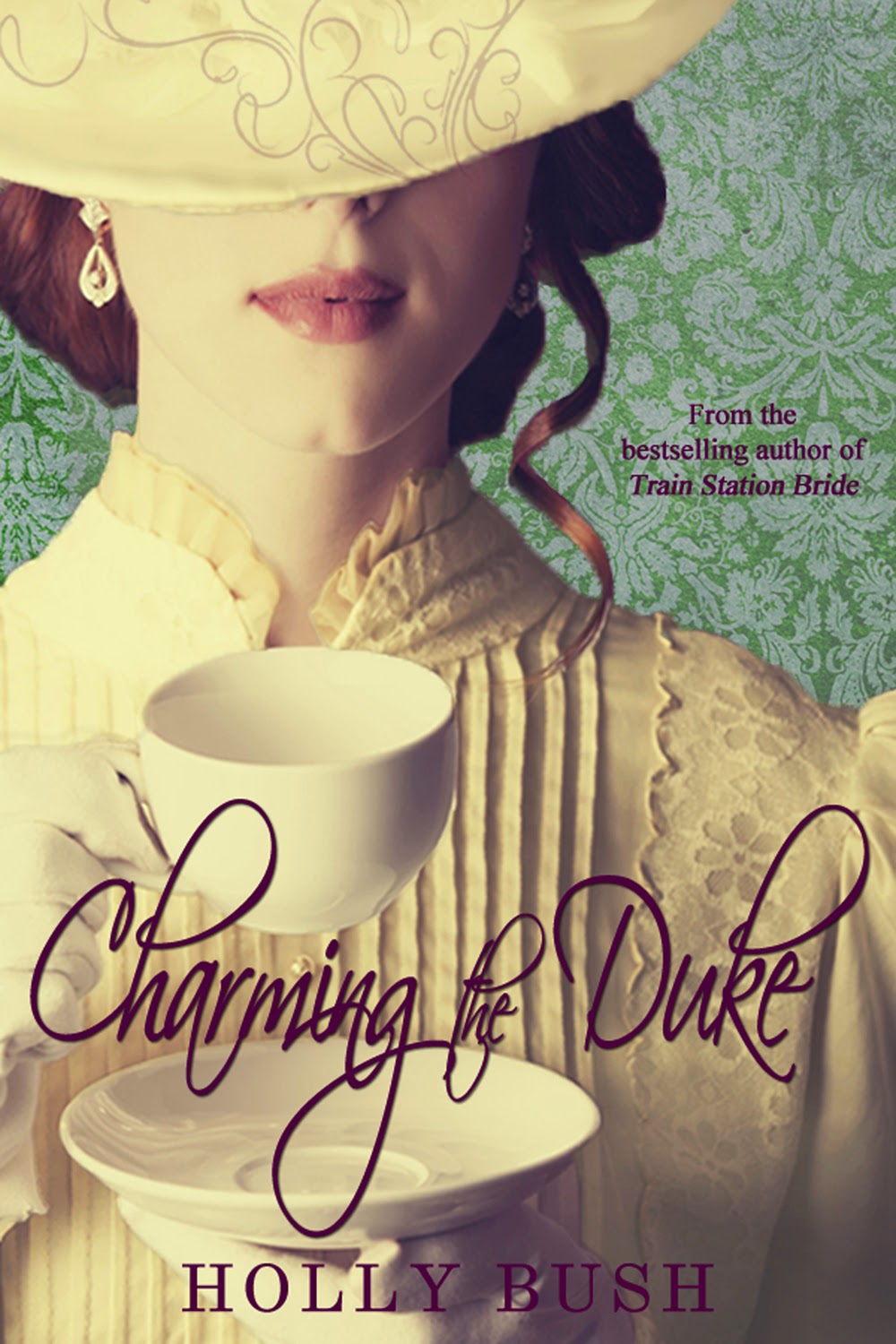 1849 . . . Matilda Sheldon, the middle daughter of the sixth Earl of Bisset, has never been interested in the fashionable society events that so preoccupy her parents and siblings. Her loving, albeit, daft family cannot understand why. But Matilda has little use for silly rules and dramas. She would rather occupy her time with a worthwhile cause such as opening The Sheldon Home for Orphans, much to the chagrin of her mother and grandmother. They are quite certain a venture of this nature will discourage suitors. Matilda is quite certain that if suitors are discouraged it is because she is clever, plain, a bit clumsy, and inevitably compared to her beautiful sisters.

The Duke of Thornsby is in a tight spot. After receiving the title on the death of his father, he discovers the inheritance is to be gifted elsewhere if he does not marry before his thirtieth birthday. Unfortunately, our man-about-town is embroiled in a scandal, not of his own making, and the marriage mamas won’t let any eligible misses anywhere near him. What’s a Duke to do? Get invited to a house party hosted by the notoriously absent-minded Earl of Bisset, who just happens to be Papa to some young ladies of marriageable age!

Thornsby finds himself fascinated, not with the two Sheldon debutantes actively seeking a husband, but rather with the ‘brown wren’ he first mistakes for a servant. Matilda is counting the hours until the house party ends when the necessity of conversing with the guests will be over, and ridiculously handsome men go far away. Can a worldly Duke convince a sensible girl to accept his court?
Find out in Charming the Duke. 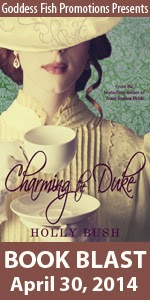 “Thornsby!” Matilda hissed. People from one end of the room to the other were staring. Oddly, the glimpse Matilda caught of her mother revealed a smile.

“What is wrong with you, Thornsby?” Matilda asked when he finally released her after pulling her into the first deserted room they came to.

“You said yourself that Altry has never asked you to dance. What do you imagine prompted him now?”

“Heavens, I don’t know. Why would I care? It was just a dance,” Matilda replied.

“Just a dance? That young pup was nearly drooling.”

“Drooling? Whatever are you talking about?” Matilda asked.

“Miss Sheldon! You are no fool. Don’t presume to tell me you don’t understand. Altry asked you to dance because of this damned outfit you’re wearing.” Thornsby shouted.

“You’re only angry you can’t compare me to a maid or a washwoman.”

Matilda supposed the Duke was right though. Altry would have never paid her court if she hadn’t been wearing this dress. It all supported her notion that the glasses, brown dresses, and scruffy boots separated the chaff from the wheat. Those that deemed her worthy enough to speak to when dressed that way, and those that chose this evening to address her. The Duke had apparently noticed her gown.

Thornsby stared at her as if in a trance. She wondered what was going through his mind. “Don’t make Altry to be any more the cad than you, Thornsby. You’ve never noticed me either. Unless to insult me.”

His eye twitched. “That is untrue.”

“Far from it,” Matilda said.

“Don’t presume to know what is in my mind,” Thornsby said and grabbed Matilda’s bare shoulders.

The moment was charged with sparks, shooting through the air, connecting him to her. Matilda felt, well, she didn’t know what she felt. Fluttery and female. Angry. Aware. The touch of his fingertips drifted down her arms leaving her hands numb. Her voice came out barely above a whisper.

“What is on your mind then?” she asked.

Matilda batted her lashes. “Is it the dress?”

Thornsby touched his lips to hers. A feather’s touch. He inched back to gaze over her face. “I don’t know. But I don’t think so.”

His breath was warm on her cheeks. She’d never been this close to a man before. She could see the lines around his mouth and the bristle of his beard. He touched his lips to hers again.

“What do you imagine it is?” Matilda whispered into his mouth.

Thornsby slipped his hand around her waist and pulled her close. He tilted her head up with his finger. “I haven’t a clue,” he said. Then he kissed her. Really kissed her. 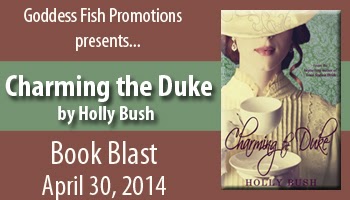 Holly will award a $25 Amazon GC to a randomly drawn commenter during the tour.

Holly Bush was born in western Pennsylvania to two avid readers. There was not a room in her home that did not hold a full bookcase. She worked in the hospitality industry, owning a restaurant for twenty years. Holly has been a marketing consultant to start-up businesses and has done public speaking on the subject.

Holly has been writing all of her life and is a voracious reader of a wide variety of fiction and non-fiction, particularly political and historical works. She has written four romance novels, all set in the U.S. West in the mid 1800’s. She frequently attends writing conferences, and has always been a member of a writer’s group.

Holly is a gardener, a news junkie, and former vice-president of her local library board and loves to spend time near the ocean. She is the proud mother of two daughters and the wife of a man more than a few years her junior.

Posted by Christine Elaine Black at 19:31