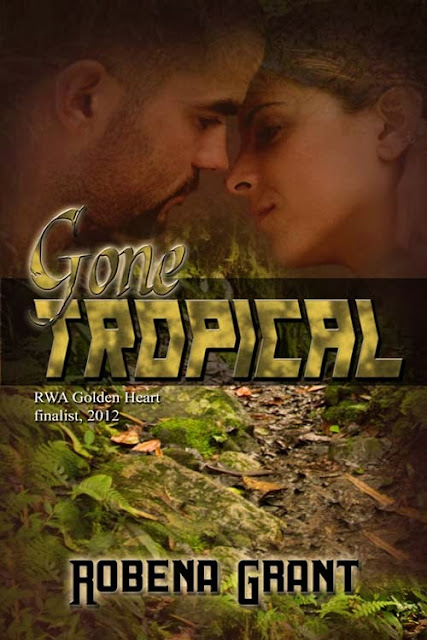 He was hired to protect her, but can she save him from his past?

Armed with an inside tip, Amy Helm arrives in Australia determined to catch her thieving ex-husband. After he absconded with five million dollars from her father’s business, the FBI thinks the trail has gone cold. But who better to catch him than the psychologist who knew him intimately?
LAPD-turned-solitary-P.I. Jake Turner is on Amy’s tail. Hired by her estranged father to find the money and keep her out of harm, he enlists the help of an old Aussie friend. Amy knows their skills are valuable, but her hackles go up when Jake orders her to stay in Sydney.
Playing a dangerous game of catch-me-if-you-can deep in the Australian rainforest leads them into a cyclone, a fake marriage, a drug cartel, and maybe, a whole new life. It’s a dizzying ride of fear and romance, and one Amy won’t soon give up.

His voice was deep and steely. “What part of undercover don’t you get?”
She narrowed her eyes. “I was using feminine wiles, and—”
“Shut up,” Turner whispered, and abruptly turned his back to the lobby.
The same bald-headed guy she’d seen earlier spoke with the waiter. Tension coiled through Turner’s body. They were so close, the warmth of his breath fanned across her forehead. He stood taller, like he was on tiptoes or something, his chest puffed out. The bald guy walked past, ignored them, but continued to scan the lobby. He looked like he’d taken a beating.
She thumped at Turner’s chest. “Shut up?” she asked. “Where were you anyway? I’ve—”
He moved closer, his face expressionless, hazel eyes cold. “Be quiet for a minute. Please.” He gripped the hand that had done the thumping. “Play along.”
Her heart raced, and she was unsure if the burst of adrenaline was because of his closeness, or the insinuation of danger. Soap, deodorant, and light citrus after-shave, tickled at her nostrils. Then it struck her, he’d showered and she’d sat down here like an idiot, for hours. About to tell him what she thought of him, she inhaled and realized she liked his scent. The tinkle of china on the glass tabletop disturbed the moment. Jake released her hand, and turned.
“So, what was—?”
“Darling,” Turner said. He turned back to her, his hazel eyes softened, smoldered, so they looked almost green. “You haven’t had breakfast yet?”
Amy shook her head. Darling? She didn’t even know his first name, but he seemed to have a game plan, which was more than she had. And he’d made no comment about her bagel choice. Maybe if she played along, they could be partners. God he smelled sexy. Maybe they could be even more.

This is Robena's fourth novel with the Wild Rose Press.
www.robenagrant.com
Posted by Christine Elaine Black at 21:04