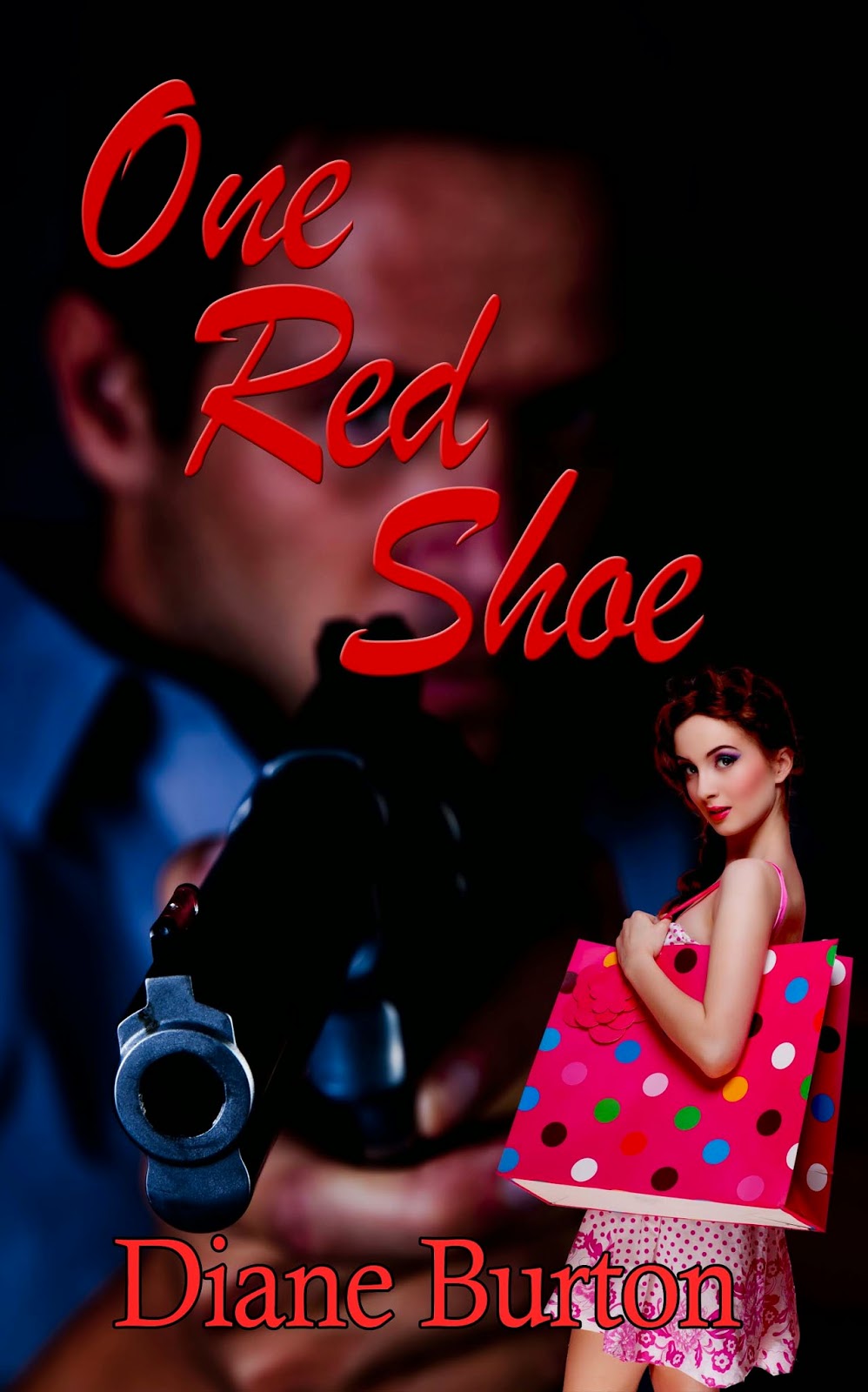 Daria Mason’s life is too predictable. Nothing ever happens in her small Iowa town where everybody knows everybody else. But when she travels to New York City looking for a little excitement, she never expects to bring home a wounded spy.

From the moment agent Sam Jozwiak steals intel vital to US security from a Russian Mafia kingpin, Murphy’s Law takes over. No matter how he covers his tracks, the kingpin’s assassins find him. What’s worse than getting shot in the butt? Accepting help from an Iowa tourist.

Sam and Daria flee cross country with the assassins right behind them. Sharing danger and excitement—and a few kisses—with Sam soon has Daria convinced he’s the man for her. He thinks she’ll be better off once he’s out of her life for good. With their lives on the line, can she convince him they belong together?

Sam found a door with a push plate and faded square where a sign used to be. This had to be it. He carefully pushed open the door. No noise to attract Grashenko & Company if they came back. Good grief, the restroom was an explosion of pink. Pepto-Bismol pink with black trim. Sam didn’t have time to find the men’s room now. He would stop the bleeding and get out of this potential trap.
Skylights, dirty like the rest of the windows in the building, let in enough light to see. Good. He didn’t want to risk turning on a light that would shine under the door. Around a corner, hidden from the door, he found a long counter with a row of sinks and a mirror above. All the better to examine the damage done by that trigger-happy fool.

Sam unzipped his jeans and worked down his briefs to expose his hip. What a mess. Not for the first time, he cursed Grashenko for showing up in that hotel room in Smolensk. Sam’s hasty departure, with Yuri and Korioff on his tail, meant leaving behind his gear. His clothes, sunglasses, and emergency medical supplies would bring top dollar on the Russian black market. He would have to make do with what he had. Carefully, he turned a faucet to wet his handkerchief. He blew out a breath in relief the plumbing still worked and was used on a regular basis. No air hissed or sputtered, which would’ve brought Grashenko and Korioff back in a hurry.

With much twisting to see, Sam wiped away the worst of the blood. Amazed that there were paper towels in a dispenser, he folded several and stuffed them inside his briefs. He tried to zip his jeans but the bulge in back pressed on his raw flesh. Hell, he’d zip up when he was done.

When he bent to check his calf, he nearly keeled over from dizziness. He grabbed the counter. His shoe had absorbed the blood. None on the floor, thank God. No trail. Sam patted his shirt pocket and took out his agency cell phone. He needed to find out where the hell Teller was. That idiot better have a damn good reason for doing a no-show. Didn’t he realize the consequences? Didn’t he realize how little time they had to—

The air moved—his only warning that the door to the restroom had opened. A whirlwind in beige blasted past him. In that split second Sam instinctively cataloged the intruder. Female, five-ten, weight uncertain due to voluminous coat, late twenties, long dark single braid, penny loafers. And a large button clipped to her purse. Shit. More dangerous than a Russian Mafia hit man. A wide-eyed innocent. The kind he’d sworn to protect. And here he was bleeding like a stuck pig, so dizzy he was going to fall flat on his face.

One Red Shoe is available at:
The Wild Rose Press: http://www.wildrosepublishing.com/maincatalog_v151/index.php?main_page=index&manufacturers_id=1082
Amazon: http://amzn.com/B00FDXRHZA
And wherever ebooks are sold.

What is it about change that is so scary? We get very comfortable doing the same thing in the same place. Change takes us out of that comfort zone. Yet without change, we grow complacent and stagnate.
I read an inspirational quote on the bottom of a calendar once that pretty much summed up the attitude I should take. Roughly paraphrased, it said: Change is all around us. It's how we deal with change that matters.
You would think I'd be used to change. During my husband's career, we moved five times. Only five? Geez, I thought it was more. Felt like more. Each time, in a flurry of getting a house ready for sale, finding a new house, saying good-by to friends and family, I worried about what my new life would be like.
At our first move, I met a woman who said she cried for the first six months she was in this new place. Whoa. I couldn't imagine that. Yes, change is hard. Our first move was exciting. A great opportunity for my husband, a new adventure. The second move was "back home". That was so great. Close to family and long-time friends again. That didn't last. Off again to a new place. The bloom on the rose was fading. The next time was the hardest. I was not just leaving the life I'd established in that community, the kids weren’t coming with us. They were either in college or had just graduated and had the choice. Their choice was not moving there. Leaving without my children was the worst. I was obnoxious to my husband about moving again. But, when he said I could stay and he would come home on weekends (like a lot of men his age did), my attitude changed. I had a choice. So, I pasted on a "happy" face, found us a new home, and moved. Only to do it all over again two years later.
The best part of our moves was how many new opportunities I had. I just had to look for them. I had to go out of my comfort zone, find interests, go to meetings, make myself part of the community. Easy, no. Necessary, absolutely, if I wanted to make the best of a new situation.
Willingness to make a change is key. Not a spur of the moment, regret later change. Rather, it's weighing the pros and cons before making that change. Then, a willingness to try something new.
Last September, fourteen years after our last move, we did it again. Was I unhappy? Not on your life. We built our dream house (well, as much of a dream house as we could afford) near our only grandchildren. Now that is a change I can live with.

In my romantic suspense One Red Shoe, the hero Sam is tired of his job—tired of gathering intel only to have bad guys try to take it from him, tired of being on the run with the same bad guys on his tail, and just plain tired because of lack of sleep. What really caps it is being shot—in the butt of all places. And then having to depend on a wide-eyed tourist for help. 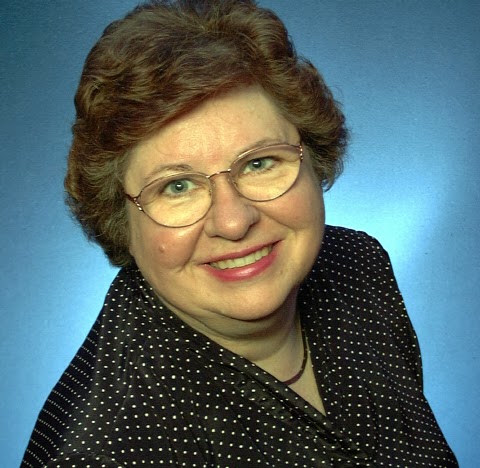 Diane Burton combines her love of mystery, adventure, science fiction and romance into writing romantic fiction. Besides the science fiction romance Switched series, she is the author of The Pilot, the first book in a series about strong women on the frontier of space. One Red Shoe is her first romantic suspense. She is also a contributor to the anthology How I Met My Husband. Diane and her husband live in Michigan. They have two children and two grandchildren.

For more info and excerpts from her books, visit Diane’s website: http://www.dianeburton.com

Diane is giving away a free pdf copy of One Red Shoe to a lucky commenter. For extra chances, please use Rafflecopter below:

Posted by Christine Elaine Black at 07:00