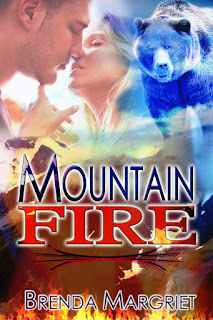 Hello Brenda and welcome to Romancing the Novelist. I always wonder what draws my guest, as a reader, to the romance genre?

I read for fun. Like most women, I have a pretty busy life, with a full-time job and a growing family.  When I finally get a few moments to myself I want to spend time with people who are interesting and entertaining, who I care about. I tend to read mostly Regency and Contemporary romances, and when I open one I am sure of one thing – there is going to be a happy ending! So I can relax and get into the story, knowing I am not going to be angry and frustrated at the end.

I want all my characters to have their happily ever after. But I don't like the idea of putting them through anxiety and pain on their way there. However, it would make for a pretty short (and boring) romance if the character met, fell in love and rode off into the sunset, without at least a few trials and tribulations.  In a good romance, characters need to grow and change before they can enjoy their happy ending – but I feel bad making them struggle.

I have difficulty with that too. Inflicting pain on characters I ultimately love is hard.
Is creating a book title easy for you? Tell us about the process.

No!  It is very hard!  I equate it to naming your child.  Lots of names are good enough, but you want one that describes that child, one that is unique in some way.  The same thing with a book title.  During the writing of my first novel, it was simply labelled “Mountain” - because pivotal scenes took place on one.  When it came time to send it out to publishers, I realized that single, bald word didn't exactly promote my creativity.  In a panic, I added the word “Fire”, which in retrospect seems particularly appropriate, as the word could apply to the passion between my main characters as well as to a forest fire that take place during the novel.  My work in progress takes place on a television reality show.  Guess what it's working title is?  Yup.  “Reality Show”.  I've really got to work on that!!  :)

Agreed. The title is like naming a child - difficult to change after the fact. Do your characters love the direction you take for them or do they have other ideas?

I haven't had too many arguments with my characters.  But that's only because I don't notice they've changed things until it is much too late to go back!  I am still very new at the novel-writing business. My first novel was written over such a long period of time that my characters had the chance to alter their own stories, simply because I didn't really remember where I wanted to go with them.  In my second manuscript, I did a lot more planning before I began to write, and that did help keep them on track.  But I find that if I get stuck, all I have to do is ask my characters what they they think should do next, and usually they come up with something!

Just this – write.  Don't talk about writing, don't think about writing, don't get bogged down in studying how to write.  Get your butt in the chair and your fingers on the keyboard and write.  The only way you'll get to the end of your book is to keep putting one damn word after another (with a nod to Lawrence Block).

My next book features a fiercely independent woman who works as production assistant on a reality show (think “Iron Chef” meets “The Bachelor”) who falls in love with the bachelor himself. If anyone found out, she could be fired, and as the sole provider for her aging and ill grandmother she can't let that happen.  She avoids him as much as possible – but he has other ideas, of course!

Maybe your readers can help me out.  At the moment, the most exciting title I have come up with is “Reservations for Two” (which is also the name of the TV show) but a quick Google search shows tons of books with the same title, and I'd prefer something unique.  I'm willing to take suggestions!  Leave them in the comments – if I end up choosing one of the suggested titles, I've got some swag I can send the lucky commenter (pens, notepad, candy, book mark – that sort of thing).

Thanks so much for letting me visit today!  I'd like to return the favour by having you visit on my blog.  So if any readers would like to see how you answer your own questions, feel free to drop by www.brendamargriet.com/blog on Sunday, March 17th!

Brenda is thrilled to announce her debut romantic suspense, MOUNTAIN FIRE, is now available from The Wild Rose Press in both print and digital formats!  Links to where to buy, including Amazon, Kobo, Nook and more are posted on her website www.brendamargriet.com .

Natural resources student June Brandt climbs Longworth Mountain for some alone time. But when Conservation Officer Alex Weaver arrives to look into the death of a grizzly bear, June is caught up in the investigation--and fascinated by Alex.

Alex is attracted by June's competence and coolness under fire--as well as her lithe body and honey-blonde hair. Although their mutual interest in protecting the natural wonders of the area brings them together, they soon realize they view love from very different angles. He offers passion and pleasure, but June wants more.

When one of Alex's colleagues is murdered, June and Alex must work together to find the poacher before other lives are lost. And Alex must look deep inside to discover if he can give June what she deserves.

"No!" she said urgently. “No, that's not what I meant. Listen to me, Alex.” She broke free of his grasp and raised her hands to his cheeks, forcing him to meet her eyes. “It's not your fault, Alex. The only one to blame is the person who killed John. But you have to see...you have to realize...it could have been you. And the note...maybe it was supposed to be you.” He fought back the dizziness threatening to engulf him, struggled to concentrate on her words through the roaring in his ears. “You have to be careful. You have to take care. Because it can't happen...I can't lose you.” She repeated it. “I can't lose you. Not now. Not ever.”

He stared into her brilliant blue gaze, saw fire and courage and something else he was afraid to define, then wrapped his arms around her and held on, drawing strength from her warmth, her slender softness.

"Come to me.” He whispered in her ear, so softly it was barely a breath. “Come to me tonight.”

Unable to deny himself another taste of her mouth, his lips met hers fiercely, grinding against her teeth until her mouth opened instinctively and their tongues twisted together, tasting, teasing. He crushed her against his body, hands sliding up and down her back, from buttocks to shoulders, melding her to fit his lean frame. “I need you, June.” Desperation filled him, undeniable and indefensible. “It's your call. Your decision. But I want you so bad. I...” he faded to a stop, pressed his mouth to hers. “Come to me.”

Her breath caught in her throat, and trembled out on a sigh. She nodded. “Tonight.”

Posted by Christine Elaine Black at 06:55