Jan 28th ~ The Opposite of Wild

$25 Amazon gift card +
The Opposite of Wild Romance Trading Card
to a randomly drawn commenter
during the tour. 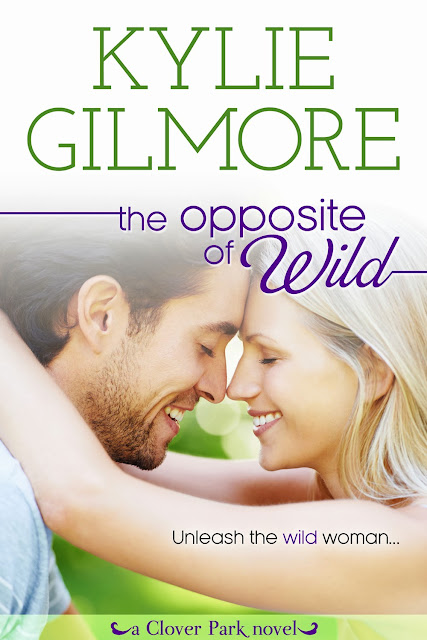 Ex-cop Ryan O'Hare takes one look at buttoned-up control freak Liz Garner and just itches to loosen the woman up. Not that he’s into her. Because a woman like that comes with way too many expectations. Not to mention, she practically works for him, and he didn’t hire Liz to watch after his beloved Harley-stealing Gran so he could turn Liz loose in his bed. Still, there’s something about her, a hidden wild side, that makes him wonder what it would take.

Liz must be crazy to work for the insensitive, arrogant, horribly…hot man she's avoided for years. Unfortunately, she needs the money and Ryan's grandmother needs a keeper. (Midnight tango lessons and ziplines with Gran, anyone?) Ryan's rare smile and swaggering confidence have Liz torn between throwing her favorite pinot grigio at his head or throwing herself at him. Can this control freak find a way to let loose with the tough, no-strings guy who once broke her heart?

Ryan just stood there, his sharp eyes studying her. "You're a puzzle, Liz." 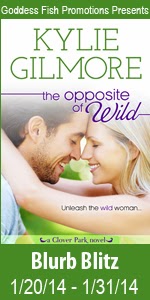 He reached out and smoothed a lock of hair behind her ear, and her heart caught in her throat at the gentle gesture. "You seem so…uptight," he said. She stiffened and took a step back. "But I know you were checking me out when I was mowing."

She flushed, but rallied quickly. "I was only bringing you water." She crossed her arms and said primly, "You surprised me when you dumped the water on your head. I was merely looking to see if you were going to do any other…surprising things."

His lips twitched. "You're like a librarian just waiting to let loose."

"Is that supposed to be a compliment?" she bristled, hands on her hips.

"There it is." He smiled and stepped close, crowding her space. She drew in a quick breath, but held her ground. "The puzzle—fire and ice."

She put both hands on his solid chest and pushed him out the door. "Next time, mail it." She shut the door in his face, turned and leaned against it. "Urgh!"

"That's what I'm talking about," he said through the door.

She ripped open the door. "Go away."

His head cocked to the side while he bit back a smile. "Is that any way to talk to your employer?"

"Gah!" She slammed the door and locked it. She heard his low laugh as he walked away.

$25 Amazon gift card + The Opposite of Wild Romance Trading Card to a randomly drawn commenter during the tour. 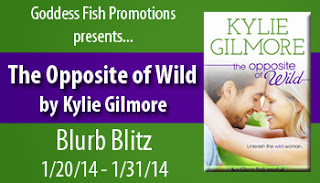 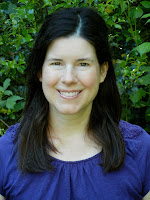 Kylie Gilmore was lucky enough to discover romance novels at a young age as they were strewn all over the house (thanks, Mom!). She writes quirky, tender romance with a solid dose of humor. Her first book in the Clover Park series, The Opposite of Wild, will launch in January 2014 featuring the oldest of three brothers and his lady love. The next two books in the series give each brother his dream girl (eventually).

Kylie lives in New York with her family, two cats, and a nutso dog. When she's not writing, wrangling kids, or dutifully taking notes at writing conferences, you can find her flexing her muscles all the way to the high cabinet for her secret chocolate stash.

Posted by Christine Elaine Black at 19:40