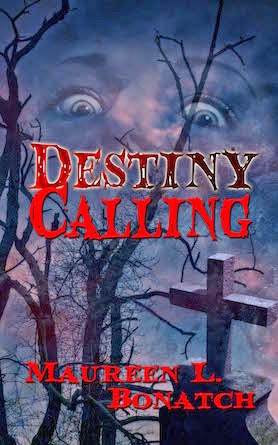 Hope only wants to find out if her ability to infuse euphoria or despair with her touch makes her the devil's spawn, or his exterminator. But when the woman who raised her is murdered by something not human, she loses the only family she knew and discovers one she might wish she hadn’t.

Drawn back to the hometown she vowed never to return to, her ability is seen as an asset to everyone but Hope, and she doesn't know who to trust. Her family wants her to help them overcome an enemy oppressing the human population, while the man of her dreams is courting her for the Underworld.

Time is running out, and Hope’s choice may be made for her, as she discovers she’s a pawn in a bigger game played by a merciless ruler who doesn't lose.

I strained to release my arm from Griffith’s vise-like grip while scanning the surrounding trees, trying to determine which was less of a threat, the beast of a man holding me or those who might be waiting for me in the woods.
“You will come inside, now.” Griffith spoke slowly and deliberately as if I were a small child.
I batted at the hand Griffith placed on my head. “I’m not a puppy, quit petting me.”
“I will protect you.” Griffith’s warm breath caressed my ear. “If for no other reason, to find out what I’m giving up and why she wants you so badly.”
I inhaled his masculine scent, like musky earth. It washed over my face, and the tension in my jaw released. I stopped struggling. “Are you the devil?” My tongue was thick and heavy so the words came out slurred.
“Not even close.” His words soothed and comforted, like having a weighted blanket cocoon me. Each movement was an effort. It wasn’t the same as the thing in the woods. This was more like the feeling after a long massage or bubble bath.
“It’s not safe.” Griffith wrapped his arms around me, and I rested against his broad chest.
“It’s not safe.” I nodded. My muscles relaxed and my eyelids grew heavy.
“It’s cold. We’re going inside.” Griffith kept his arm supporting me as he steered me toward the house.
“We’re going inside.” I parroted and walked up the steps, leaning heavily on him.
Out of the corner of my eye, something was cautiously moving at the edge of the woods. Branches snapped as whatever was observing us crept closer. 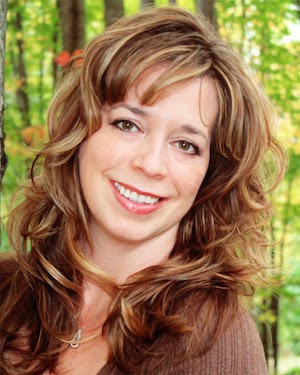 Posted by Christine Elaine Black at 08:00