Release Day for a Hunk 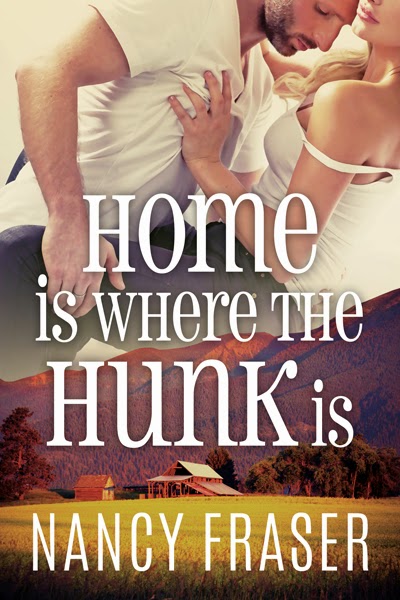 When globe-trotting photographer Allison Cain comes home to her family ranch in Montana it’s to get to know her nephew and to make amends with the widowed brother-in-law she’s left alone to raise his young son.

Evan Carver could never deny his late wife’s younger sister anything, despite the fact she’s been conspicuously absent over the past three years since her sister’s death. Now she’s home again on what she’s called an extended vacation. Evan’s first concern is for his son, Cody, and how his aunt’s visit will affect the five year old when she decides to return to her high profile career.

Allison has no intention of going back to work. In addition to getting to know Cody, she needs to confess her biggest secret to Evan. How do you tell the man you’ve always loved that you’re not just his son’s aunt, but also his mother?


Slowly she raised her head. Unshed tears filled her eyes, making them glisten like liquid stars. Evan felt a lump form in his own throat. She blinked rapidly in what Evan suspected was a conscious effort to hide her emotions. A knot tightened his gut. He had the sudden urge to take Ali in his arms, as he’d done the day she arrived, and bury her face against his chest, preferably without the argument that followed.


In the very back of his over-used imagination, he could see her coming willingly into his arms. He could feel the heat of her tears against his chest. His reaction surprised and frightened him in equal measure. He didn’t want to feel this way about her, especially when he knew she wouldn’t stay.


“Me, too,” she admitted softly, drawing Evan’s attention from her teary eyes to her soft, pink lips. The tears she’d been fighting back so tenaciously now pearled on her lashes, threatening to spill forth at any second.


Evan moved away from the tree, inching his way around Cody and close to Allison’s side. Cautiously, he lifted his hand and caught the first tear on his thumb, uncertain of exactly what had made her cry, yet knowing he selfishly welcomed the chance to offer her comfort.


“When I left South America, the only thing I could think of was coming here. I wanted desperately to feel the lush grass beneath my bare feet and to smell the fresh, clean air.”


“I don’t care what made you decide to come home. You’re here now and welcome to stay as long as you like.” Drawing her into his arms, he held her close and tilted her chin up with his fingertips until their gazes met.


At the first touch of his lips to hers, Evan tasted the cinnamon and apple of the dessert they’d just consumed. He pressed his lips more firmly to hers. She hesitated only briefly before returning his kiss with one of her own. He barely had time to consider what they’d done when Ali’s trembling voice broke through his consciousness.


“Evan,” she whispered. “Don’t, please.” Pressing her hands to his chest, she pushed lightly. Yet, when he would have backed away, she clenched the front of his shirt tightly in her fists. “We can’t . . .” she warned, still seemingly unwilling to let him go.


She looked up at him with tear-filled eyes and Evan knew if he didn’t let her go he’d likely do something they’d both regret. Gently, he grasped her hands in his and pulled them from the death grip she’d taken on his shirt. With his thumb he wiped away a final spent tear then released her completely. A moment later he was on his feet and walking back toward the damaged fence. It would take every ounce of strength he possessed, he realized, to keep from turning around and taking her into his arms again.


Like most authors, Nancy Fraser began writing at an early age, usually on the walls and with crayons or, heaven forbid, permanent markers. Her love of writing often made her the English teacher’s pet, which, of course, resulted in a whole lot of teasing. Still, it was worth it.


When not writing (which is almost never), Nancy dotes on her five beautiful grandchildren and looks forward to traveling and reading when time permits. Nancy lives in Atlantic Canada where she enjoys the relaxed pace and colorful people. She invites you to visit her website (www.nancyfraser.ca) and follow her on Twitter (@nfraserauthor). Or, more importantly, just enjoy what she writes.

Posted by Christine Elaine Black at 19:23