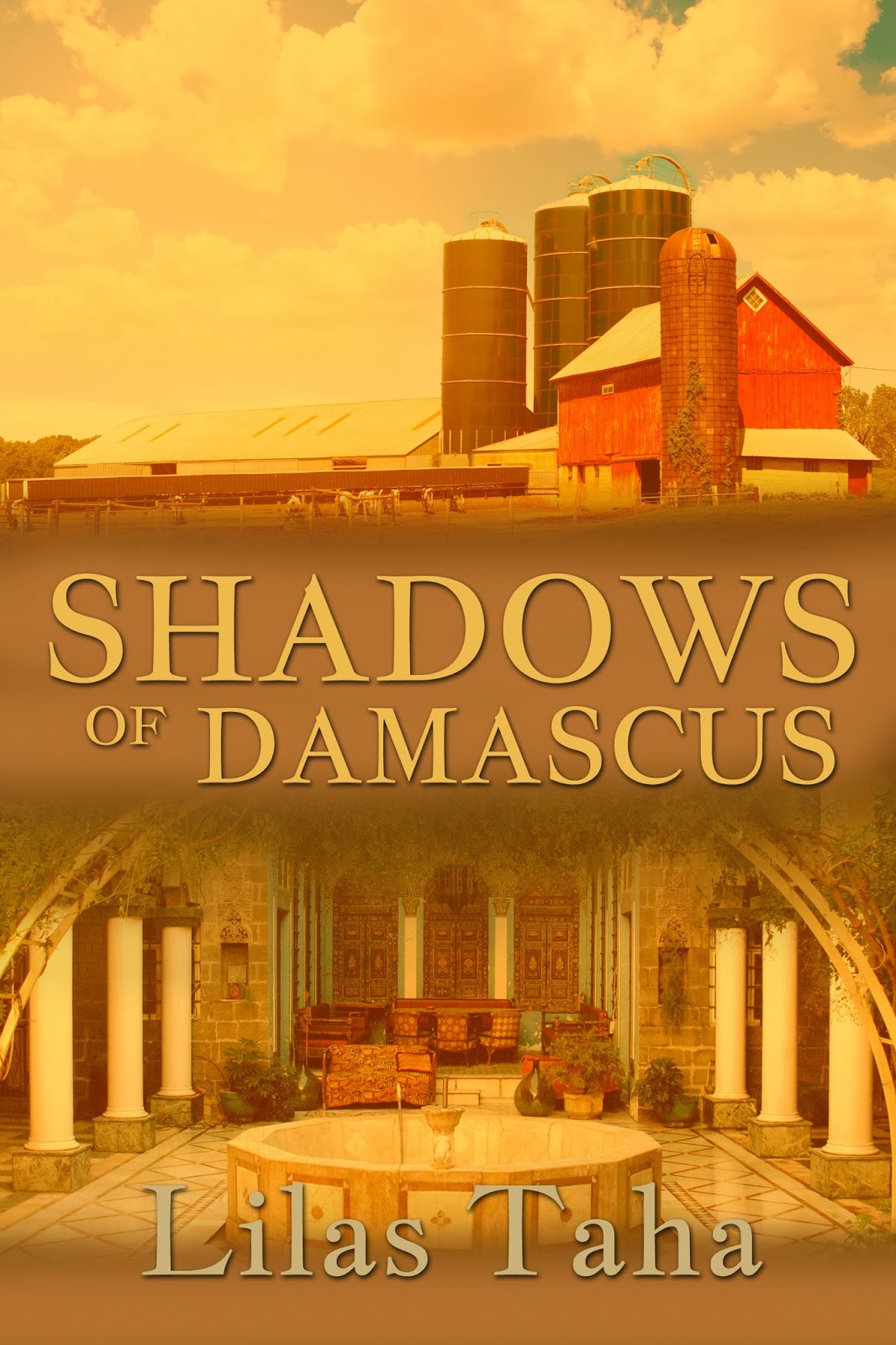 Bullet wounds, torture and oppression aren’t the only things that keep a man—or a woman—from being whole.

Debt. Honor. Pain. Solitude. These are things wounded war veteran Adam Wegener knows all about. Love—now, that he is not good at. Not when love equals a closed fist, burns, and suicide attempts. But Adam is one who keeps his word. He owes the man who saved his life in Iraq.
And he doesn’t question the measure of the debt, even when it is in the form of an emotionally distant, beautiful woman.

Yasmeen agreed to become the wife of an American veteran so she could flee persecution in war-torn Syria. She counted on being in the United States for a short stay until she could return home. There was one thing she did not count on: wanting more.

Is it too late for Adam and Yasmeen? 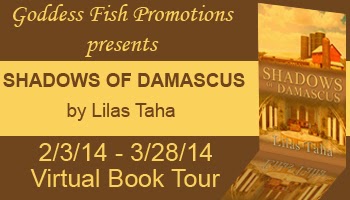 The seductive fragrance of Damascus roses drifted through the open window and flirted with fifteen-year-old Yasmeen’s olfactory senses. The potent flowers in her neighbor’s yard delivered the best awakening. She loved beginnings, especially early, mid-summer mornings like these. Stretching across the bed, her imagination raced with possibilities for the promising day.

Thursday. The day her older brother’s friends visited and stayed well into the evening. Yasmeen ticked off potential visitors in her head, dashing young university students who loved to talk politics with Fadi. Today, she would do her best to discover the name of the quietest member in the group, the thin one with round-rimmed glasses. On her nightstand, the sketch she worked on during the last visit waited for his name, and more details around the eyes.

Peeling off the covers, she tip-toed to the window. Lively noises matched her optimistic mood. Nightingales sang greetings. Clanging dishes and pots resonated from surrounding houses beyond high walls. Mothers called out for their daughters to get breakfast ready. Men’s deep voices describing fresh fruits and vegetables with tempting traditional phrases drifted above hidden alleys. One vendor claimed his cucumbers were small as baby fingers, and likened his ripe apples to a virgin bride’s cheeks. Another boasted his plum peaches shed their covers without enticement, and his shy eggplants hid well in a moonless night.

Yasmeen succumbed to the enlivening chaos spilling in from her bedroom window, her own special and personal opening to the world. Tilting her head back, she exposed her face and neck to the sun, allowing its invigorating rays to paint her cheeks.

Today, her mother told her she would be allowed to take a coffee tray into Fadi’s room once all his friends arrived. What would she wear? She should tell her best friend Zainab to stop by earlier than usual to go through her wardrobe. She could help her decide. Perhaps one of Fadi’s friends would notice her. More than one? Why not?

Draping her arms on the windowsill, she looked at the neighbor’s yard, counting the blooming roses, a ritual she performed each morning since the season started. In the north corner of the largest flowerbed, two violet buds grabbed her attention, their delicate petals about to unfold. Once they came to full bloom, their deep purple color would dominate the landscape.

A knock sounded at her door.

Her father walked in. “Good. We have work to do.” He held a hammer in one hand and a couple of boards in the other. “Move aside, Yasmeen.” He approached the window.

She stepped away and pointed at the boards. “What do you need those for?”

Her father closed the windowpanes, locked them, placed one board across the frame, and hammered it in place.

“What are you doing?”

“This window is not to be opened again, child.”

She could not believe her ears. “Why?”

“Neighbors moved out last night.” Her father nailed the second board in place. “Mukhabarat took over their house.” 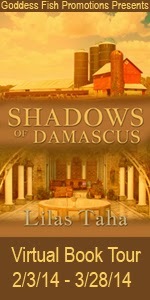 • One randomly chosen commenter will win a $50 Amazon/BN.com gift card.


The tour dates can be found here:

Lilas Taha is a writer at heart, an electrical engineer by training, and an advocate for domestic abuse victims by choice. She was born in Kuwait to a Syrian mother and a Palestinian father, and immigrated to the U.S. as a result of the Gulf war in 1990. She earned a master’s degree in Human Factors Engineering from the University of Wisconsin- Madison. There, Lilas met her beloved husband and true friend, and moved with him to Sugar Land, Texas to establish a family. She is the proud mother of a daughter and a son. Instead of working in an industrial field, she applied herself to the field of social safety, working with victims of domestic violence.

Pursuing her true passion for creative writing, Lilas brings her professional interests, and her Middle Eastern background together in her debut fictional novel, Shadows of Damascus.

Posted by Christine Elaine Black at 05:21