Feb 27 ~ The Temptation of Laura

$25 Amazon gift certificate
to a randomly drawn commenter during the tour. 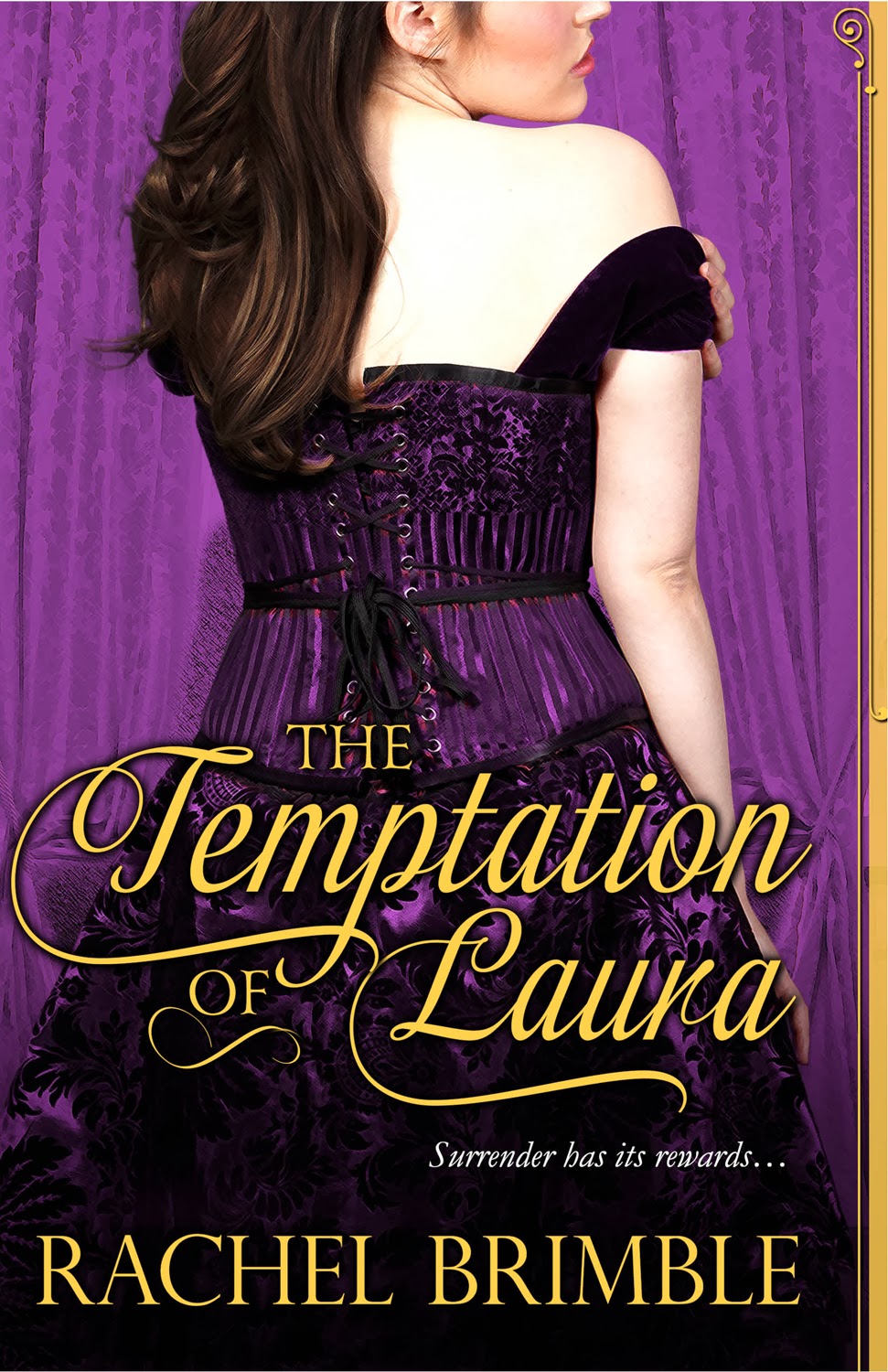 Laura Robinson has always been dazzled by the glamour of the stage. But perhaps acting and selling one’s favors are not so different—for Laura must feign pleasure with the men she beds to survive. Now, with her only friend at death’s door and a ruthless pimp at her heels, escaping her occupation seems impossible. Hoping to attract a gentleman, she attends the theater. Yet the man Laura captivates is no customer, but a rising star and playwright…


Adam Lacey has been driven to distraction since the moment he saw Laura. She is his ideal leading lady come to irresistible life—and so much more. Certain they can make the perfect team on and off stage, he is determined to win her heart—and discover her story. But that is precisely what Laura fears. And she has no idea that Adam harbors shameful secrets of his own. Will the truth free them to love—or destroy all their dreams…? 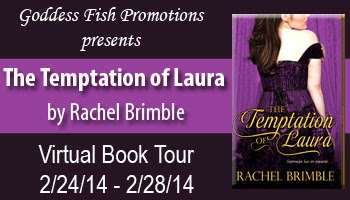 What was she doing inside Adam Lacey’s house, sitting upright and rigid upon a settee she could never afford? Laura crossed and re-crossed her ankles as she glanced around his drawing room. His home was masculine, bare of trinket or flower, but compared to her and Bette’s place, it screamed of achievement. He’d left her to go upstairs and change out of his wet clothes. She glanced at the wall clock. The ten minutes she’d been alone could’ve been an hour.

She needed to leave. Get out of there.

Standing, she stepped toward the door just as it swung open and Adam entered. Her breath caught. The man was ridiculously handsome. His dark blond hair was darker than usual, after his unplanned swim, and his face scrubbed clean. Her gaze drifted, of its own accord, to the smattering of chest hair just visible at the vee of his open-necked shirt. The man was unfairly relaxed. Laura inhaled. Handsome—stupidly, stupidly handsome.

He moved to touch her, seemed to think better of it and dropped his hand to his side. Their eyes locked and silence descended. Her heart beat fast with the knowledge she would’ve given the world to stay there. Eye to eye; toe to toe with a man who fascinated and intrigued her.

She stepped back. It was too dangerous. The atmosphere between them too potent. Her attraction to him kicked and punched at her heart. It was strong enough to make her want to kiss him, touch him and bring that dazzling smile to the surface over and over. For little more than another breath, she would risk everything to run her fingers over his biceps and up to the plane of his wide shoulders…

Laura blinked as her mouth drained dry. What had she been thinking by coming here? She hadn’t been thinking. In that moment when he asked her to accompany him back to his home––nothing but desire had whipped through her. Nothing but interest had leapt in her veins and obliterated her common sense. The fervor and lust in his eyes bespoke of a man who clearly had an agenda entirely different to hers.

Laura blinked and looked past him to the door. “I have a friend. She’s sick. She needs me and the medicine I bought before I came upon you at the park.” She brushed past him, through the door and into the hallway. “I shouldn’t have come here. I’m sorry.”

Ignoring him, she hurried toward the closed front door. She had to get out of there. If she looked at him again, she’d falter. Her rationale already hung on a hair’s breadth. His footsteps sounded at lightning speed behind her and when she clasped the door handle, his hand closed over hers. She stared at their joined hands and her body heated.

Swallowing hard, she forced herself to meet his gaze. His dark brown eyes shone with a pleading she hadn’t expected. How was she supposed to refuse? He was the first man in forever to make her heart pick up speed and flourish her hope for something more. She slowly pulled her hand from beneath his. 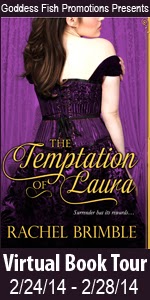 The book is set against the backdrop of Bath’s theater world during the late 19th century. There were many changes happening, socially, economically and sexually during this time. The first whispers of the women’s revolution had begun to circulate…not that many men noticed until around 1903 when The Women’s Social and Political Union was founded.

The leaders and supporters of the group began to cause a stir––marching and petitioning for their right to vote. This is marked as a hugely significant and rightly respected time for women. Men had no choice but to sit up and take notice.

This leads me to the question of temptation…I love exploring this theme and all the imaginings it conjures. Each of us is faced with temptations (or decisions) every day and I, for one, am hugely guilty of making the easy, expected, even socially acceptable decision. My books tend to be about the women who do the exact opposite. What better way to earn a living than to create a woman you admire and want to see succeed in her chosen vocation, romance or spiritually satisfying path?

Laura’s story began in book one of my Victorian series with eKensington when she appeared as a secondary character in The Seduction of Emily. It wasn’t long before I knew she deserved a richer, more in-depth story of her own. As a prostitute struggling for a better life…a dreamer who longs to be onstage, I sensed Laura would be a joy to write and spend some time with over the course of 85,000 words. She didn’t let me down.

Rachel is a member of the Romantic Novelists Association and Romance Writers of America. When she isn’t writing, you’ll find Rachel with her head in a book or walking the beautiful English countryside with her family and beloved black Lab, Max. Her dream place to live is Bourton-on-the-Water in South West England.

She likes nothing more than connecting and chatting with her readers and fellow romance writers. Rachel would love to hear from you!

Rachel will be awarding a $25 Amazon gift certificate to a randomly drawn commenter during the tour.  Follow the tour and comment; the more they comment, the better their chances of winning. The tour dates can be found here: