Lynn will award eBook copies of
The Strong, Silent Type
&
Anything You Ask
to a randomly drawn commenter during the tour.
Leave a comment to win! 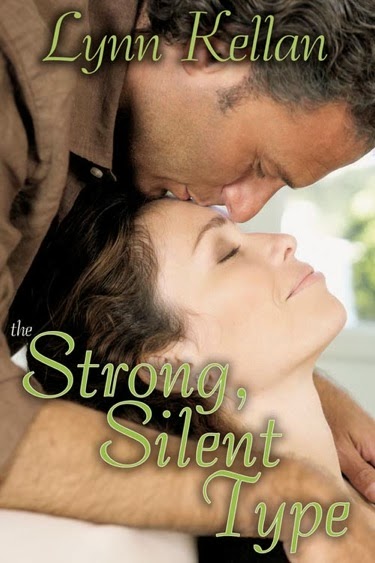 If he breaks his silence about the scars marring his face, will the truth drive her away?
Tina Hudson's busy sales job is a welcome distraction from her empty house and memories of the husband she lost to cancer, but she's tired of running from her loneliness. Tina suspects her brawny neighbor has been leaving single red roses in her mailbox, but he's the strong, silent type-the kind that should come with a warning label.
Wade Scott felt dead inside over the loss of his son and the disintegration of his marriage. When Tina moves next door, Wade comes alive again. Problem is, she's a beautiful sales whiz and he's an ordinary plumber with a wicked scar along his temple. The truth of his past might drive her away. With little hope of attracting her attention, he showers her with anonymous acts of kindness.
When Tina realizes Wade is the guardian angel who's been watching over her for the past six months, she invites him to dinner. New Year's Eve is approaching, a perfect time to start over...but Wade's stoic silence drives a wedge in their burgeoning relationship. Should she take a new job that will put her on the run again, or take a chance the strong, silent type might fill her heart-and her home-with love?

He set down the wine glass with a soft thump. “You invited me to dinner to get Austin off your back, right?”

Whoa. Nothing like a blunt question to ruin the mood. Tina’s spirits took a nosedive, crashing somewhere in the pit of her stomach. She wiped her mouth on a napkin, smoothing away the telltale quiver along her bottom lip. 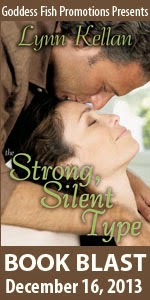 “Not entirely. I’ve been meaning to invite you for dinner.” She regretted lighting the candle in the center of the polished dining room table. The obvious attempt at romance had gone unnoticed. Or ignored. “You’re always doing nice things for me. I wanted to reciprocate.”

“You already thanked me last night.” Wade’s thick forefinger tapped the opaque green bottle of Merlot. “Why the fifty dollar wine? The good china?” Hazel eyes skimmed up her burgundy sweater, targeting the loose brunette curl dangling from the elegant clip holding up the rest of her hair. “The way you look?”

Desire glimmered in his appraising gaze. Tina could tell he liked what he saw, but the rigid ligaments along his forearm indicated he would not reach for her.

Why wouldn’t Wade act on his impulses? She lowered her gaze, rubbing a thumb along the crisp crease of her gray slacks. Could he tell she was out of practice and a little scared?

Okay, she was terrified—but maybe a dose of honesty would boost her courage. “It’s been a long time since I’ve had dinner with someone. I wanted everything to be… nice.” Tina forced herself to give voice to what had been bouncing around in her mind for the past few weeks. “To tell you the truth, I’m tired of feeling empty and alone. I’m ready for something good to happen.” 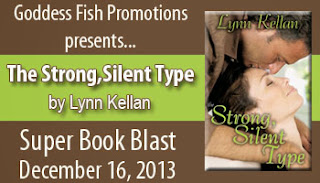 Lynn will award eBook copies of The Strong, Silent Type and Anything You Ask to a randomly drawn commenter during the tour. Follow the tour and comment; the more you comment, the better your chances of winning. The tour dates can be found here: 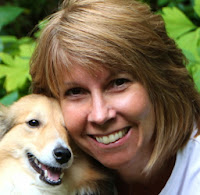 Lynn Kellan has fallen in love with bad boys, burly athletes, and battle-hardened Marines. All of that research produced a startling revelation: men and women aren’t that different. We both want to be with someone who will empty the dishwasher.

When Lynn Kellan isn't writing stories about men and women who adore each other, she loves to play tennis and golf - but not at the same time. Her books contain a hearty dose of love and humor, which are necessary ingredients for a happily ever after.

Posted by Christine Elaine Black at 17:29