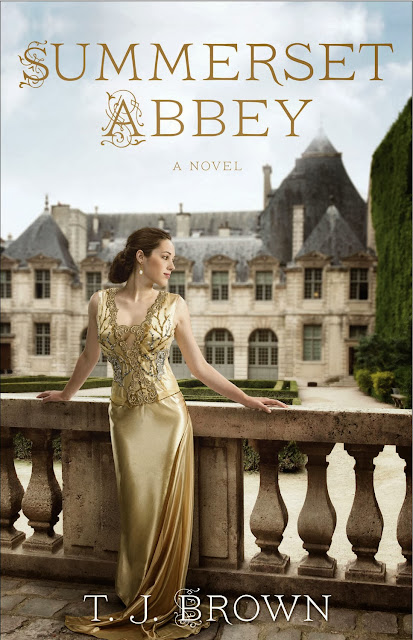 Reminiscent of Downton Abbey, this first novel in a new series follows two sisters and their maid as they are suddenly separated by the rigid class divisions within a sprawling aristocratic estate and thrust into an uncertain world on the brink of WWI...

Rowena and Victoria, daughters to the second son of the Earl of Summerset, have always treated their governess’s daughter, Prudence, like a sister. But when their father dies and they move in with their uncle’s family in a much more traditional household, Prudence is relegated to the maids’ quarters, much to the girls’ shock and dismay. The impending war offers each girl hope for a more modern future, but the ever-present specter of class expectations makes it difficult for Prudence to maintain a foot in both worlds.

Vividly evoking both time and place and filled with authentic dialogue and richly detailed atmosphere, Summerset Abbey is a charming and timeless historical debut. 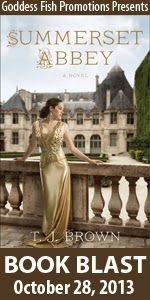 EXCERPT:  A lump rose in her throat as she caught sight of the ornate casket, draped with a full spray of lilies, carnations, and palm fronds. The only reason she was here, clutching Rowena’s and Victoria’s hands in hers instead of shrinking into the background with the other servants, was the kindness of the man who lay inside. After Prudence’s father had died, her mother, who had worked at Sir Philip’s estate as a girl, had been sent to attend to Rowena and Victoria’s ailing mother. When his wife died, Sir Philip asked her to stay on to help raise the girls, and Prudence, exactly between his daughters in age, became part of the family. Prudence, who volunteered her time at several different poorhouses in the city, knew exactly what happened to young girls left alone in the world. She would forever be grateful to Sir Philip for not allowing that to happen to her.

She blinked away her tears and occupied herself by looking at the rest of the congregation. Only a few looked familiar. Among them were Rupert Brooke, the high-strung and handsome young poet; Ben Tillett, the iron-jawed union leader; and Roger Fry, the controversial artist responsible for bringing London’s shocked attention to post impressionism some years prior. These were some of Sir Philip’s friends, a motley collection of artists, intellectuals, and misfits.

Because the Earl had arranged the funeral, most of the people in attendance were his peers, men from the House of Lords and others from the cream of London society.

Sir Philip would have hated it.

The beautiful gold arches and polished marble of St. Bride’s Church gleamed, just as they had the few times the family had attended church. Sir Philip had chosen St. Bride’s because, as he used to say, “Sir Christopher Wren built the kind of church that God might actually enjoy.”

Gradually, Prudence became aware of a young man staring at her from across the aisle. Her eyes darted in his direction, then away. Moments later, unable to help herself, she glanced back to see whether he was still looking at her. He was. She turned slightly and stared fixedly at the bronze candelabra to the left of him, her cheeks burning.

Victoria leaned around her to whisper to Rowena. “Look, Lord Billingsly has noticed our Prudence.”

“I’m right here,” Prudence whispered, and gave both their hands a hard squeeze for emphasis.

She didn’t look his way again.

Once the service started, Prudence sank into a well of grief that threatened to drown her. The waves of it lapped at her from all sides, covered her head, and made sight almost impossible. Inside, her heart broke and a waterfall of sorrow poured from the cracks. On one side, Victoria sobbed quietly, while Rowena’s stiff resolve buoyed her from the other. She clung to their hands as the service passed in a blur of speeches.

They remained that way until it was time to get into the ornate black and gold funeral carriages that would take them back to their home in Mayfair for the reception. Behind the carriages stood a line of motorcars; most of the wealthy guests had long given up their carriages for the convenience and speed of automobiles. The Earl himself had several, and Sir Philip’s sleek Eton-blue Belsize sat idle in the carriage house, but the Earl insisted on traditional horse-drawn carriages.

“Miss Tate will ride in the staff carriage.” The Earl’s voice brooked no opposition and his square jaw firmed. Prudence knew that look. Rowena’s pretty face held the same expression when she got all stubborn about something.

“Nonsense. The Duke of Plymouth wishes to join us and there isn’t enough room.”

Prudence placed her hands on Victoria’s shoulders. Tension vibrated through the young girl’s slender body and Prudence’s stomach knotted, sure that Victoria was going to throw a fit, the kind she used to throw when the family still called her baby and she wanted the biggest sweet in the shop. Even at eighteen, Victoria wasn’t above a tantrum or two if she thought the situation warranted it. But her waiflike face suddenly fell and her lower lip trembled.

“It’ll be all right,” Prudence whispered. “I’ll go back with the staff and meet you at home.”


The author will be awarding autographed copies of books two and three of the series, A Bloom in Winter and Spring Awakening to two randomly drawn commenters during the tour. (open internationally) 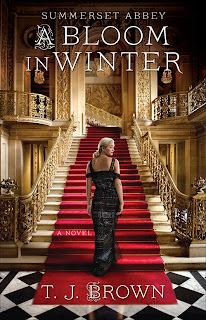 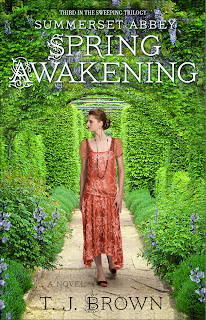 TJ Brown is proud of her two children but coming in a close second is the fact that she parachuted out of a plane and beat the original Legend of Zelda video game. Her young adult historical about Harry Houdini’s illegitimate daughter came out in June from Balzer+Bray. She also writes adult historicals under TJ Brown. She resides with her husband and way too many pets in Portlandia. 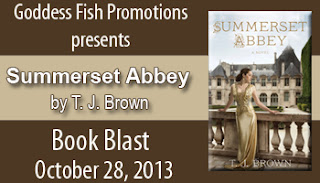 Posted by Christine Elaine Black at 20:32