December 10 ~ A Shadow on the Ground


One randomly chosen commenter will win a
$50 Amazon/BN.com gift card 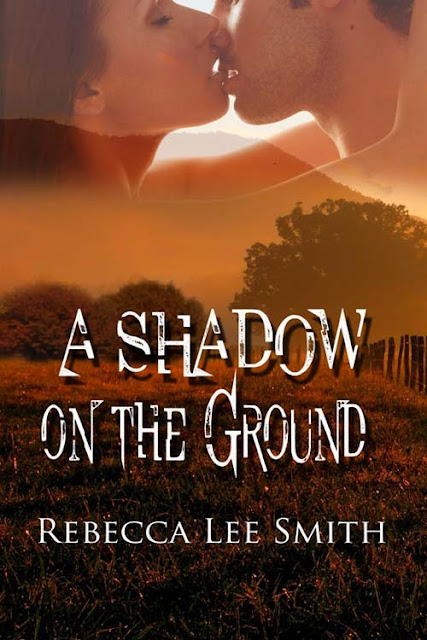 A Shadow on the Ground
by Rebecca Lee Smith

Morgan Maguire is afraid to believe in second chances. The family orchard is failing, her twin brother is being framed for murder, and the sharks are circling. The tough exterior she's spent years hiding behind is beginning to crumble, just as the man who shattered her heart is back in her life. Gage Kirkland is as compelling and magnetic as ever, and he's offering the kind of help she may not be able to refuse. But can she trust him?

To finance his troubled son's therapy, Gage, a former investigator, takes one last job--recovering a stolen Civil War artifact. Unfortunately, it's in the possession of the woman he left behind, the woman who's haunted his dreams ever since. The electricity between them still crackles, but unless he helps exonerate her brother and finds a way to confess his true reason for returning, how will he ever recover Morgan's heart?

Gage leaned forward with his elbows on his knees. The words weren’t exactly pouring out.

He took a deep breath and clasped his hands in front of him, like a preacher signaling for the congregation to bow their heads. Then he took another breath and plowed ahead.

“Jeremy lost his mother two months ago, and he's a mess right now. He keeps lashing out at me, hoping to make me hurt as much as he does. I'm sure you've figured that out. But I want you to know I did not kill my ex-wife—his mother.”

“I didn’t think you did,” Morgan said. 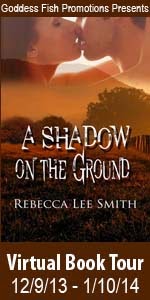 “It was an accident. There were extenuating circumstances which Jeremy blames me for. But I did not—I could never—” He lifted his eyes and looked at her. “I don't want you to think badly of me.”

“That's why you came back here tonight? So I won't think badly of you?”

“Why not? I can think badly of you  if I want to. Most girls have a guy in their past they wish they'd never met. You're mine. Of course, most girls don't get to experience the thrill of having the guy show up out of the blue twelve years later. With his kid. On the worst day of their lives.”

“If I'd known you were going to find a dead body today, I would have waited until tomorrow to show up.”

She leveled her gaze at him. “I can’t tell you how much better that makes me feel.” 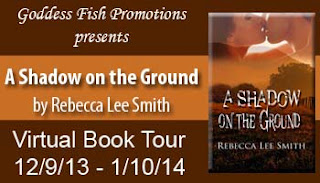 An interview with Rebecca:

What do you think you’re really good at?

I’m very organized. And somewhat psychic, especially with my kids. I can read people really well and seem to know instinctively if someone is telling the truth or lying. I wish this worked with TV politicians, but it only seems to work with my family and the people I meet face-to-face. I’m an excellent painter—houses and walls, not portraits.


What do you think you’re really bad at?

I don’t think, I know—sports. Any kind of sports. I am hopeless. I can’t catch a ball. I can’t throw a ball. I’m not even good at ducking to get out of the way of a ball. In school, gym class was a nightmare. The gym teacher made me run track as punishment for slinging the softball bat and barely missing her head. The first time I went bowling, my score was 3. I missed first base once and slid under a car. Things have only gone downhill since.

Is your life anything like it was two years ago?

Yes and no. A lot can happen in two years. In two years, I have lost a dear friend, had unexpected surgery, spent a magical month at the Outer Banks writing, watched my son get married, and after years of trying, finally, finally sold a book. Ups and downs all the way, just like a rollercoaster. Trouble is, I hate rollercoasters.

Have you ever had an imaginary friend?

Besides the voices in my head? LOL Actually, I had an imaginary friend when I was four. His name was Johnny, and I pushed him around in a little wooden chair. The teddy bear I got that same year was as real to me as any friend. As an adult, and married with kids, I had bronchitis twice in a row one winter. The medicine the doctor prescribed kept me awake and strung out. One night, after not sleeping for three days, I was at the end of my rope. I found my old toy box in the basement, pulled out Ted the bear, wrapped my arms around him, lay down, and promptly fell asleep. After that, I could never put Ted back in the box. He’s sitting in my office right now.

Do you have any phobias?

Sometimes I have vertigo (and no, I do not look like Kim Novak). I hate to stand at the edge of a cliff or on the balcony of a tall building, or backwards at the top of a staircase. Dead animals creep me out, and here in the mountains of east Tennessee, I see roadkill almost every day. I’m not too crazy about clowns, either. When I was a child, I thought they were a race of people.


Rebecca lives with her husband in the beautiful, misty mountains of East Tennessee, where the people are charming, soulful, and just a little bit crazy. She's been everything from a tax collector to a stay-at-home mom to a house painter to a professional actress and director. When she's not churning out sensual romantic mysteries with snappy dialogue and happy endings, she likes to travel, go to the Outer Banks for her ocean fix, watch old movies, hang out at the local pub, and make her day complete by correctly answering the Final Jeopardy! question.