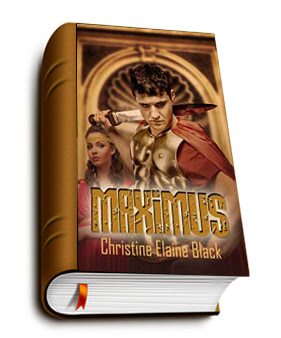 Carissa peered over the side of the ravine, her insides twisting in despair. There must be a way to pull her son out of its slippery depths. Impossible to do alone, she had no choice but to run to town for help, even though it would take half the morning. But she hesitated at leaving her son alone. At twelve years old, he thought himself a man. To her, he was still a child, heedless of the danger in exploring his surroundings.

“Caius, stay where you are! I will go for help. It’s too dangerous to attempt the climb.”

He waited, unconcerned by his predicament, standing on a narrow ledge, half a cubit from falling to a certain death.

Carissa leaned over further. Beneath her foot the ground crumbled away. Small stones fell into the space below. “Caius, stay there.”

His determination exasperated her. She stressed caution, but he constantly pushed boundaries. Once he had sat in a tree all morning while she ran to find her father. A long time ago her father helped her, but now old Milo needed more care and grew less reliable than Caius.

Carissa turned to leave, hardly moving two steps before the sound of a horse startled her. Wary of outsiders, she ducked behind a nearby rock until she determined a single rider approached.

Fumbling for the knife concealed beneath the folds of her dress, she breathed a sigh of relief as her hand pressed against the cold metal blade. She stepped out from her hiding place, trusting she would not regret revealing her presence. Her son needed help. The time it took to find someone to rescue him meant the difference between life and death.

A man rode along the track to the ravine. His eyes found her instantly. He reined in his horse, coming to a halt a few cubits away.

“Ave.” A deep voice grumbled, and dark unruly hair lifted in the breeze while his gaze swept over her. Intense blue eyes gave no trace of his thoughts. Long lean legs squeezed the sides of the horse, starting the animal forward.

Carissa trembled under his scrutiny. Most residents in these parts were hard-working farmers, but this man had the look of a soldier, an outsider, and the look of a man who frequented her nightmares. A familiar terror rose in her throat, and threatened to cut off her breathing.

Posted by Christine Elaine Black at 06:29