Taurus dressed with speed, his hackles raised, intending to rouse the men out of their languor with a few harsh words and well-placed disciplinary actions. The tent flap fluttered in the morning breeze. Taurus shoved it aside impatiently and stepped into the light mist of a morning drizzle.
He saw no one.
By all the gods, what is going on here?
About to call to his men, he changed his mind at the last moment. Something didn’t fit. He edged along the row of tents belonging to the errant soldiers and poked his head around the side, eyeing the dirt track to the main road. Deserted. Taurus twisted in irritation to head the other way and stopped dead, face to face with an archer and an arrow aimed directly at his chest. The thought of diving between the tents and scrambling for safety passed through his mind, but he was going nowhere.
The archer steadily appraised him, her long dark hair tumbling around her in thick waves. She smiled in delight and raised her eyebrows in satisfied victory. Taurus registered the presence of an attractive woman but swiftly berated his masculine senses for the betrayal. She was the enemy and a trespasser, nothing more.
The archer from the previous night had not been a boy but this young woman.

If you’re a writer (regardless of published/unpublished status) come join us and share a snippet of your work in progress, a new release, or an oldie but goodie.
Participating Authors use the hashtags: #SPeekSunday #snippetsunday #SampleSunday 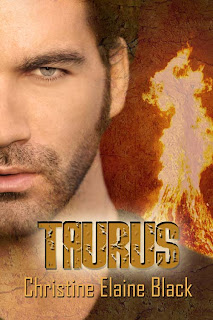 Posted by Christine Elaine Black at 06:43